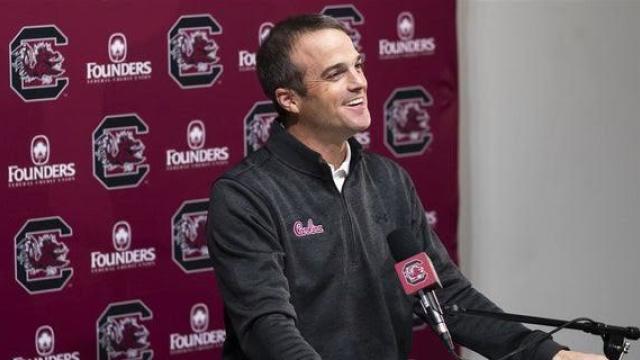 Moore brings his leadership, passion, energy, experience and 24 years of inspiring student-athletes, coaches, and administrators to the University South Carolina and Gamecock Football.

Moore comes to Columbia after working with the Georgia Tech football program since 2001, assisting head coaches Chan Gailey, Paul Johnson and Geoff Collins. He originally was on staff with the Fellowship of Christian Athletes at Georgia Tech, tasked with heading up Yellow Jackets spiritual emphasis program, and later became the Director of Character Development for Georgia Tech Athletics.

He helped inspire the Georgia Tech squad to reach four ACC title games, including an ACC title in 2009, and making three Orange Bowl appearances while seeing the Yellow Jackets ranked in the top-25 multiple years, ranking as high as seventh during the 2014 season. He was a key member of the renowned Georgia Tech Total Person Program, which is a program designed to provide development opportunities for student-athletes.

In addition, Moore is one of the most sought-after keynote speakers in the country. Speaking to over 100,000 people annually and over 50 corporate organizations per year such as FedEx, Coca-Cola, The DEA, WellStar Health Systems, and Chick-fil-A. He is well recognized as a motivational speaker and video voice-over artist as he has voiced over videos for the likes of Georgia Tech, the Atlanta Falcons, the Ohio State Buckeyes, and several other top sports organizations and corporations.

A native of Albany, Ga., Moore is a 1992 graduate of Northeastern State University Oklahoma, where he was an All-American running back. He was selected in the eighth round of the 1992 NFL draft by the Atlanta Falcons and would go on to play six years in the NFL. He had stops with the Detroit Lions, where he played alongside Hall of Famer, Barry Sanders and was the starting running back in the Carolina Panthers’ inaugural season, where he set an expansion rushing record. He finished his playing career with the Arizona Cardinals.

After his pro career, he joined the coaching staff at Morehouse College in Atlanta, Ga., where he coached running backs and was the Special Teams Coordinator for three years.